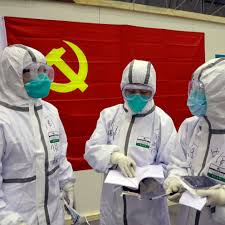 Developments in biotechnology have made possible species-changing and even species-endangering procedures, says George Annas. We urgently need a global governance structure to regulate them.

Paradoxically, the global biotechnology research agenda is facing backwards and forwards at the same time. Looking back, we are trying to react to threats of global pandemics, bioterrorism, and biowarfare. Looking forwards, we are striving to use new biomedical technologies not only to cure or prevent disease but also to physically modify humans in ways that could change our concept of humanity.

So far the world is taking governance of backward-looking technologies more seriously than the forward-looking ones. This is probably because the world has had lots of experience of pandemics and war, because fear is a powerful motivator, and because we can all imagine what a bioterrorist might do with a novel virus.

Our imaginations find it hard to deal with human modification and creation of what could be called the posthuman. This includes potentially species-altering procedures, some of which could be species-endangering.

Two attempts – one public and one private – to come up with an international governance structure last year show how difficult it is for the international scientific community to come to grips with global bioethics. These events also suggest that the development of an entirely new model of global governance is required for research on potentially species-endangering procedures – including human cloning, genetic engineering of inheritable characteristics, human-machine cyborgs, animal-human hybrids, xenografts (tissue transfer from one species to another, for example, baboon to human), and human brain alterations.

After almost four years of trying to get agreement on a treaty outlawing human asexual reproductive cloning, the United Nations (UN) abandoned the effort and settled for its Declaration on Human Cloning in March 2005. The inability to draft a treaty to ban reproductive cloning, as initially proposed by Germany and France in 2001, was primarily due to the insistence of the United States and the Vatican that research cloning (sometimes incorrectly termed therapeutic cloning even though there are no therapies at this time) also be banned.

To types of cloning

But creating embryos to make medicine (using the Dolly-the-sheep method of somatic-cell nuclear transfer and destroying the embryos at an early stage for their stem cells) is not the same as creating embryos to make genetically-identical babies. The two procedures can be ethically and medically separated, although there have to be strict rules about the production and use of human embryos created by somatic cell nuclear transfer to prevent any attempt to transfer them to a woman for gestation. And there has to be a transparent and accountable oversight structure to ensure this separation.

The UN declaration includes language that makes no distinction between creating embryos to make medicine and creating them to make babies: “Member States are called upon to prohibit all forms of human cloning inasmuch as they are incompatible with human dignity and the protection of human life.” More reasonably, member states are also called upon “to prohibit the application of genetic engineering techniques that may be contrary to human dignity” and to “prevent the exploitation of women in the application of life sciences”.

Declarations are not treaties and do not have the force of international law. Nonetheless, the voting on this declaration is instructive. The vote in the General Assembly was 84 countries in favour, 31 opposed and 37 abstaining. A majority of the countries of the world thus voted against pursuing somatic cell nuclear transfer experiments altogether.

But this number simply underlines the problem with treating all countries in the UN General Assembly the same. If the population of the countries voting is counted, the results are the opposite: 3.1 billion people voted against the resolution, with only 1.5 billion voting for it, and 1.6 billion abstaining. Thus countries that said early on that they would ignore the resolution, including the UK and South Korea, have strong moral grounds for doing so.

Not one country favours pursuing reproductive cloning, which is a species-altering technology (by changing the definition of human from a species that reproduces sexually to one also capable of asexual reproduction). The political failure of the global community to outlaw reproductive cloning is an indictment of the entire treaty mechanism, as well as of the UN, which has proved unable to reflect the ethical will of a majority of the world’s population.

When public efforts at ethical oversight fail, it is reasonable for private parties to attempt their own solutions. The only researchers who claim to have been able to produce human embryonic stem cells work in South Korea. In cooperation with researchers in the United States and England, the Korean group proposed the establishment of the World Stem Cell Foundation, to be headed by veterinarian and cloner Hwang Woo-Suk and based in South Korea. Initial plans called for technicians trained in Hwang’s laboratory to go to affiliated centres to perform the somatic cell nuclear transfers.

Some researchers, however, questioned whether the Korean egg donor guidelines were strict enough and, in particular, whether they were consistent with those proposed by other scientific organizations around the world.

The original Korean stem-cell experiments had been plagued by controversy about the procurement of the almost 300 human eggs that had been used. Finally, in November 2005, the head of a South Korean fertility clinic disclosed that he had paid 16 women approximately $1,500 each for their eggs for use in the research. The physician, Roh Sung Il, is quoted as saying: “I made a difficult decision hoping that it would help pave the way for a breakthrough in fulfilling one of humankind’s biggest dreams, which is to find remedies for hard-to-cure diseases.” Hwang himself finally admitted what he had previously denied, that two junior researchers on his team had also provided eggs for the experiment. He announced he would step down as chairman of the World Stem Cell Hub, saying: “I am very ashamed.”

Human egg donation for infertility treatment, of course, is not itself experimental and involves no extreme or species-altering procedures on humans. But donation for research is more ethically-problematic because it is a non-beneficial medical intervention that carries risks to the woman donor. The failure of this prominent group to take ethics seriously in this context demonstrates that self-regulation is inadequate.

Their subsequent withdrawal of their original research paper from Science and a finding by a Seoul National University panel in December that Hwang’s research was “intentionally fabricated” indicates, moreover, that when ethical shortcuts are taken by scientists their scientific method itself cannot be trusted. The bottom line is that permitting each research unit, or even each country, to make its own ethical rules invites what I term “ethical arbitrage”, the search for the research setting in the world with the least restrictive ethical rules and oversight, and the consequent dominance of a lowest common denominator ethic. A different model is desperately needed if this research is to proceed in an ethical manner, and perhaps if it is to proceed at all.

No individual scientist or corporation has the social or moral warrant to alter or endanger the human species. We recognize this most readily when scientists use their expertise to develop a new bioweapon, or a new pathogen that can more efficiently infect or kill humans, and we can reasonably term such scientists bioterrorists.
Scientists who use novel techniques to try to improve the lot of humans are not, of course, in the same category as terrorists. Nonetheless, when scientists engage in species-endangering experiments in the absence of a social warrant, and ignore the human-rights implications of their work, their activities can be considered a terrorist act. Some xenografts, for example, carry the risk of releasing a new, lethal virus on humanity. Germline genetic engineering likewise poses threats to the human species by inevitably moving Homo sapiens to develop into two or more separable species: the standard issue humans and the genetically enhanced posthumans; the former will likely be seen as savages and heathens that the posthumans can properly slaughter and subjugate. It is this genocidal potential that makes some species-altering genetic engineering projects potential species-endangering weapons of mass destruction, and the unaccountable genetic engineer a potential bioterrorist.

Somatic cell nuclear transfer experiments, limited to the creation of stem cells, do not carry these species-endangering risks. Nonetheless, they are closely enough related to germline genetic engineering experiments to provide an important, perhaps unique, opportunity for the global community to set the basic ethical and human-rights standards for potentially species-altering research. Both the UN and the private sector have thus far proven ethically impotent.

We need to exercise our moral imaginations to create a structure that can act as a virtual global conscience for the scientific community pursuing species-altering and potentially species-endangering biotechnologies. An ethical oversight structure must be global and should include representatives from governments, industry, non-governmental organizations and the public. The group should be charged with articulating substantive global research rules (using existing international human-rights documents, like the Nuremberg Code, the Covenant on Civil and Political Rights, and the European Convention on Human Rights and Biomedicine as a basis), reviewing and approving (or declining) all proposals to do species-altering or potentially species-endangering procedures, and monitoring these experiments as they are performed.
That we can imagine the horrors of an avian flu pandemic or a bioterrorist attack, but cannot imagine ways to develop and exercise a “species conscience”, is a potentially lethal attribute of today’s humans.

Professor George Annas of Boston University’s schools of public health, medicine, and law is co-founder of Global Lawyers and Physicians, a transnational professional association of lawyers and physicians working together to promote human rights and health.