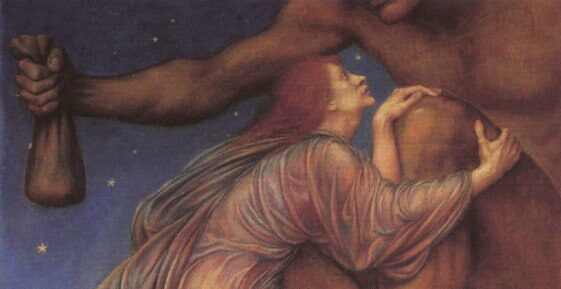 Since Max Weber’s seminal book The Protestant Ethic and The Spirit of Capitalism, political scientists and economists have debated whether some religions are more conducive to capitalism than others. This debate, however, has been mostly theoretical. Such evidence as there was consisted simply of correlations between a country’s level of development and its dominant religion.

This empirical approach is unsatisfactory. Too many factors (from initial endowments to institutional settings to distribution of resources to culture) are correlated with the prevalence of a certain religious denomination. It is impossible, therefore, to attribute any causal meaning to a cross-country correlation between dominant religious denomination and measuring religious economic development.

This approach has two main advantages. First, by looking within countries, we can keep constant all the other institutional variables across countries that may distort the relation we are interested in. So we do not compare Turkey and France: we compare the difference between a Muslim and a Catholic in Turkey, and similarly for France.

Better still, with a technique called panel data, we can aggregate these within-country differences across countries. This method gives us the best of both worlds: we can control for differences in the environment and, at the same time, we can average out some country-specific idiosyncrasies.

The second advantage of looking at data is that we do not need to rely on aggregate statistics, but we can use measures of individual attitudes and beliefs. If religion has any impact on the markets, it does so through the set of values and beliefs that it transmits to its followers. Hence, looking at individual sets of data we can uncover whether such an effect really exists. This is the approach Luigi Guiso, Paola Sapienza and I followed in a recent paper “People’s opium? Religion and Economic Attitudes” published in the Journal of Monetary Economics in 2003.

Such a refined analysis is made possible by the World Value Survey (WVS), an enormous database created by social scientists. The WVS contains answers to the same set of questions presented to more than 100,000 people around the world, including how people view competition, how much scope they want to leave for private versus public property and how much they are willing to trade equality for incentives. It also contains information on religious affiliation and on the frequency of attendance at religious services. Finally, it contains plenty of demographic variables (such as age, gender, education, income, social status and even health) that we can control for in the analysis.

Comparing the average response of different religious denominations we find that, other things being equal, Buddhism seems to promote the best attitudes towards the market system. Christian religions follow. The definite laggards are Islam and Hinduism. Between Catholics and Protestants the ranking is mixed. Consistent with Weber, Protestants are more willing to trade off some equality for better incentives. However, they are less keen on competition and private property than Catholics. Hence, it is difficult to attribute the greater success of Protestant countries to their religion. Religious beliefs might, however, explain why capitalism spread so successfully in East Asia (where Buddhism prevails), while it found it more difficult to penetrate Islamic countries.

In the original paper, we relate the individual responses to a standard set of demographic variables and religious denominations and the intensity of his or her religious observance. In all the graphs the average response is normalized to zero, so the value reported on the y-axis should be interpreted as how much belonging to a certain category (for example Catholicism) affects the mean in percentage terms.
Since different religions have different degrees of participation and these also affect the response, we compute the impact of each religion at the average level of religious participation of that religion.

Property is next to Godliness

Let’s start by looking at the attitude towards private ownership, where this attitude is measured as support for the statement, “Private ownership of business and industry should be increased” (expressed as a number from one to 10).

As figure 1 shows, religious people (people who attend a religious service at least once a week) are more in favour of extending the scope of private property than non-religious people (the point of reference in each graph). Declared atheists (people who answer “no” to the question, “Do you believe in God?”) are even more negative, possibly because this variable captures committed Marxists. Other things being equal, a regular churchgoer is 7% more in favour of private property than an atheist.

There is quite a big difference, however, across religions. Buddhists, Catholics, Protestants and Hindus support private ownership more than the average non-religious person. By contrast, Muslims and Jews support private ownership less. A Muslim’s attitude towards private property is equivalent to that of a Catholic who is three deciles below in the income distribution.

Thus, for a given income distribution, a Muslim country is likely to exhibit much less support for private property than a Christian one. Interestingly, the positive effect is strongest for Buddhists and then for Catholics, who are twice as much in favour of private property as Protestants.

Religious people are also more in favour of competition, measured as support for the statement, “Competition is good. It stimulates people to work hard and develop new ideas”. Being religious has the same positive effect on the attitude towards competition as four more years of education – that is, the support for competition of a religious high school graduate is similar to that of a non-religious college graduate. As figure 2 shows, this effect differs across religious denominations. Jews, Buddhists, Catholics and Protestants (in that order) support competition, while Muslims and Hindus are strongly against it.

Moreover, religious people are more willing than non-religious people to trade off some equality for more money, measured as relative support for the statement, “We need larger income differences as incentives for individual effort” versus the statement, “Income should be made more equal”.
Atheists are 4% more in favour of income equality, people with a religious upbringing are only 1.4% more, while actively religious people less than 1% (figure 3). This average behaviour hides wide differences. Catholics, and especially Muslims and Jews, are heavily biased in favour of income equality, while Protestants, Hindus and Buddhists are more in favour of incentives. It takes six more years of education for a Muslim to have the same attitude as a Catholic and eight to match a Protestant. Thus, a Muslim college graduate has equivalent views on the trade-off between equality and incentives as a Protestant who did not go to high school.

By looking within a country we are able to discover how religion affects attitudes towards markets, controlling for the different institutional environments where these religions are taught and practised.

We find that Buddhism is the religion with the most pro-free market attitudes. Buddhists are strongly in favour of competition and private property, and are even willing to trade off some equality for better incentives. Christian religions are the second most capitalist. Both Catholics and Protestants are in favour of competition and private property (the former more than the latter). The Protestants also show some willingness to trade off equality for incentives, though Catholics do not.

Understanding how the capitalist spirit can spread in countries with religious and cultural biases against free markets is an important topic for future research.