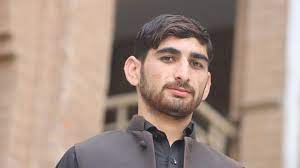 From his perch as president of Harvard, Larry Summers is still as exercised about the state of the world economy as he was as US treasury secretary – but for wildly different reasons. Taimur Ahmad also from Harvard asks him what’s now troubling him most –

GLOBAL AGENDA What do you think are the main risks associated with the growing US current account deficit? LARRY SUMMERS It’s never the acceleration that kills. It’s the deceleration. And the question goes to the sustainability of the US current account deficit at a time when it is large, it is financing consumption rather than investment and is primarily pointed towards and relying on official rather than private sector finance.

GA How sustainable and desirable is the current arrangement of foreign official creditors financing the deficit, what you call the international vendor finance arrangement?

LS In the short run it has its attraction. But in the long run it’s not sustainable and there are likely to be costs associated with its unwinding. My own judgment would be the sooner it’s unwound the better.

GA Is there a strong reason to believe that Asian central banks will start to diversify away from the dollar in the near term?

GA How much of a role do you think international politics might play in such a scenario?

LS There’s surely a political element. One of the uncomfortable elements of our system is that there’s an element of a balance of financial terror involved in the magnitude of US dependence on foreign central bank holdings. That’s a little problematic.

GA What do you think the current US administration’s policy on the US dollar is?

LS I didn’t say much about the dollar when I was US treasury secretary on the observation that a strong dollar is very much in America’s national interest. No nation can devalue its way to prosperity, and the American economy is strong enough not to require currency-induced adrenaline. But as for judging the intentions of policy-makers, I’d rather leave that up to them.

GA Is a falling dollar likely to have a positive impact on the deficit?

LS It’s much better not to think of currency values or flexible exchange rate systems as policy instruments. Currencies move with fundamental conditions of supply and demand, in terms of the level of interest rates, in different countries. An approach that works towards strong fundamentals and recognizes that strong fundamentals are likely to lead to strong currencies is probably the healthiest one. GA How big do you think the risk of global recession actually is?

GA Some economists suggest that emerging markets are now playing such a key role in determining international patterns of growth, inflation and financing that this constitutes a new paradigm in the international economy.

LS I just turned 50, and I’m old enough to have seen half a dozen new paradigms in the world economy, so I’m a little sceptical every time I hear the words “new paradigm”, but there’s no question that the importance of emerging markets to the overall global economy steadily increases, for two reasons. One is that the fraction of GDP and global products that comes from emerging markets has trended upwards, and the other equally important reason is that the fraction of the goods that are potentially tradable increases year by year. My guess is that just as emerging markets are more important to the global economy than they were a decade ago, barring some very sharp discontinuity, I’d be very surprised if they weren’t even more important to the world economy a decade from now.

GA Everyone agrees that education is essential to economic development, but when it comes to higher education there’s not much consensus. The UN doesn’t even mention higher education as being an instrument for meeting any of its millennium development goals, and the World Bank downplays its importance. Does this concern you? LS We’re likely to see some swinging of the pendulum in the years ahead. There have certainly been abuses and excesses of misallocation of resources in developing countries towards tertiary education and towards tertiary healthcare. On the other hand, it’s very difficult for a country to succeed without a cadre of leaders, and without a cadre of entrepreneurs. And that requires sophisticated higher education institutions. And just as at a time, relatively early in our history, when the land grant universities in the United States played an important role in driving economic growth – even when the substantial majority of American children weren’t completing secondary school – there’s going to be an increased recognition in the years ahead that a limited number of high-quality, meritocratic academic universities are an important component of a national growth strategy. My sense is there was a need to emphasize primary and secondary education, but that the pendulum has probably swung too far on that. Watch what happens in development thinking over the next few years.

GA But at present there is a sense in which neglect of this sector threatens development, especially since the need for higher education in many developing countries is largely unmet.

LS Whenever I’ve travelled in developing countries since becoming president of Harvard this is something I’ve talked about a lot. It’s very important that developing countries develop strong meritocratic universities. I think, though, that the investment needs to go with the reform. If universities are run for the benefit of the children of the elite, or if universities are run as cooperatives of those who are employed at them, or if universities are run as bureaucratic entities of the state, then they’re not going to succeed, and so the commitment to increased investment has to come with the commitment to increased reform, and that’s a complicated challenge in any country.

GA With their wealth, institutions like Harvard are able to lure many of the very best faculty and students from other institutions and countries. Are you at all concerned about the brain drain that this might encourage, especially in the developing world?

LS International understanding is promoted when students study with students from other cultures. That’s why we’re so glad to have foreign students at Harvard, and we’re so glad that we’ve been able to extend the concept of need-blind aid to students from all parts of the world. It’s also why we’re making a big effort to ensure that as many of our students as possible study abroad, because international understanding is a two-way street. My guess is that as economies in the rest of the world improve, you’re going to find a higher fraction of students who come and study at universities like Harvard, and who return to the country they came from. From my perspective that’s fine.

GA Do you think institutions like Harvard have a responsibility to help combat that trend, the brain drain? LS It’s really not for us to try to judge where people live. In some cases, countries that provide funds will establish expectations that their students return as part of the understanding that came with those funds, and that’s a reasonable thing to do. But it’s not for us to decide where people are going to live. It’s for us to provide the best education we can and the most insightful programmes we can.

GA What are the main steps to be taken if the developing world is to produce graduates who are better able to participate in and compete in today’s ever more globalized world?

LS Academic excellence is a complicated thing. My sense is that the strength of the American university system derives fundamentally from three things. It derives from a basically competitive environment among universities. We’re always kept on our toes by competition for the best faculty and for the best students. It derives from pluralism, the fact that some institutions are public and some institutions are private.

Different institutions are run in different ways. There’s no single model of what constitutes an appropriate educational model, and so there’s a kind of evolutionary progress that’s made and it derives from the culture of American institutions. Too often universities around the world are either governmentally run like the Department of Motor Vehicles, with a bureaucratic sense of restrictions and rules, or are run like utopian cooperatives where the leaders are chosen by vote of faculty, staff and students. The right culture for a university is one that is based on the authority of ideas rather than the idea of authority, where there’s a careful balance maintained between the need for leadership and the need for creativity.

LS If you look, there’s a vast amount from Harvard on the university’s website, you can find full course materials for literally dozens, if not hundreds, of Harvard courses. You can find a substantial majority of the scholarship of Harvard professors on their website, you can find substantial volumes of materials from the Harvard libraries there, and there’s no question that as information technology develops universities will increasingly be making their knowledge more freely available.

GA Curriculum reform is widely recognized as one issue that needs to be addressed by developing countries in trying to build competitive economies. What’s your approach to curriculum reform at Harvard, and is there a sense in which that would serve as a model for other institutions around the world?

LS I hesitate to prescribe too closely because every institution is different. At Harvard we’re revising our curriculum, and we’ll be placing increased emphasis on science and technology as part of the basic literacy that every graduate should have. We’ll be increasing our expectation of a global study, including the expectation that all our students travel or study abroad at some point during their undergraduate years.

We’ll be emphasizing, more than we have traditionally, the need to find structures where our students and our faculty are in close and individual contact with each other, and I suspect that we’ll be stepping back a bit from the humility of the 1970s when there was a sense that all we could do was to provide perspectives, and that there was no basic knowledge that we could impart in the course of a basic curriculum. But this is a very complex transformation and one that’s very much under way at Harvard as it is at many other universities.

GA Why the current extra emphasis on science and technology? And why now?

LS It’s central to living in the modern world. It’s just as important to know the difference between a gene and a chromosome as it is to know something about the plays of Shakespeare. All of us are now in a world where we can’t escape some of the basic developments in the life sciences or some of the basic developments in information technology. The role of quantitative reasoning has increased in everything from banking to baseball.