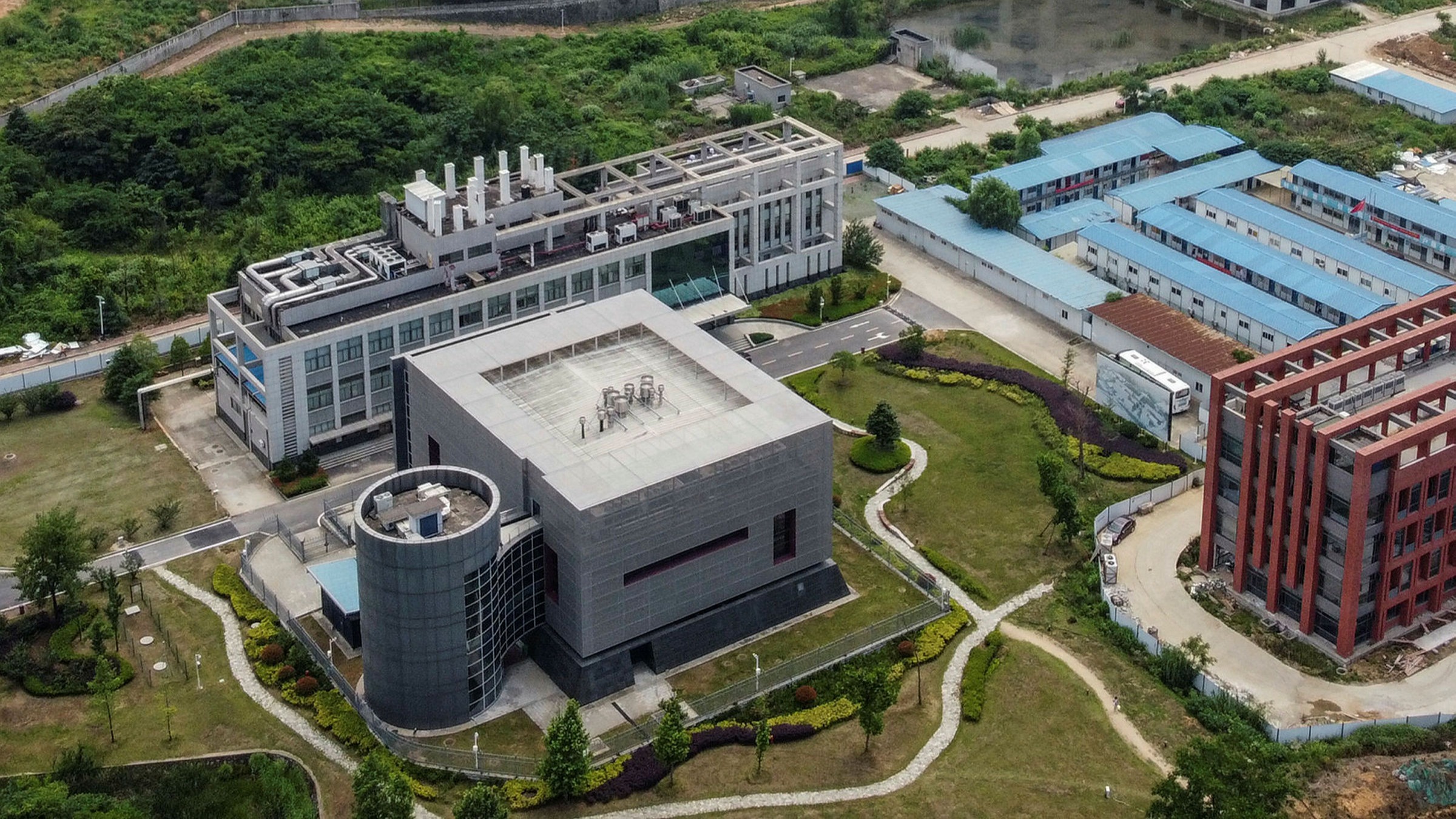 The interest of business in collective security is as great as that of national governments, according to Kofi Annan

Future generations may well remember the early 21st century as a pivotal period in history. We are living through a time of unprecedented threats to our planet and to our collective hope to live in peace, without want or fear. And we are searching for a shared approach to meet these challenges and build a safe future for all.

The world has changed profoundly since 1945, when the United Nations was created “to save succeeding generations from the scourge of war”. Geopolitical patterns, economic trends, technological change and other developments are severely straining the system of collective security that has been in place for the past 60 years. Today’s threats – familiar ones with added potency, and some entirely new dangers – are borderless, highly connected, and capable of crippling and even destroying societies everywhere.

The only hope of mastering these challenges is to work together. While governments must shoulder most of the responsibility, others – including business – have a crucial role in making our world more secure. Indeed, it is in the interest of business leaders to work on these issues, since they relate directly to the stability and sustainability of markets. In other words, taking a preventive approach to today’s threats, working with governments and other stakeholders, is really about managing business risks.

Know thine enemy
Understanding the nature and range of today’s threats is the first step. That is why, in late 2003, I established the High-level Panel on Threats, Challenges and Change. I asked 16 eminent experts to analyze threats to peace and security; to evaluate how well our existing policies and institutions are meeting them; and to recommend changes to ensure an effective collective response.

Last December, the panel released A More Secure World: Our Shared Responsibility (www.un.org/secureworld). The report includes rigorous analysis as well as far-reaching recommendations. It resembles a long-range business plan, presenting a cogent “situation analysis” for an enterprise under duress – in this case the enterprise of “collective security” – and a strategic, multi-faceted restructuring plan. And while the focus of the report is governments, it is also highly relevant for business. The panel defined a threat as any event or process that leads to large-scale death or lessening of life chances and that undermines states as the basic unit of the international system. It grouped today’s threats into six clusters: economic and social threats, such as poverty and deadly infectious disease; inter-state conflict and rivalry; internal violence, including civil war, state collapse and genocide; nuclear, radiological, chemical and biological weapons; terrorism; and transnational organized crime. Each cluster has profound implications not only for states, but also for business.

A key message is that far greater intergovernmental cooperation is essential: “Today’s threats recognize no national boundaries, are connected, and must be addressed at the global and regional as well as the national levels. No state, no matter how powerful, can by its own efforts alone make itself invulnerable to today’s threats.” But the panel also proposes that the UN and other multilateral institutions strengthen their partnerships with national, regional and civil society actors, since efforts are most effective when aligned to common goals. Here, the private sector has a critical role to play. After all, business is at the forefront in creating – and benefiting from – globalization. As companies have become increasingly global, for example through expanded supply chains, they find themselves exposed to new and potentially disruptive threats – threats traditionally seen as relating only to governments.

It is instructive to consider how these threats to global collective security affect business and the process of globalization on which expanding markets are based. For instance, economic integration means that a major terrorist attack anywhere in the developed world would have devastating consequences for the wellbeing of millions of people in the developing world. The World Bank estimates that the 9/11 attacks increased the number of people living in poverty by 10 million; the total cost to the world economy likely exceeded $80 billion.

Poverty, infectious disease and war feed on one another in a deadly cycle. Poverty is strongly associated with the outbreak of civil wars – wars that disrupt and destabilize societies and their economies. Diseases such as malaria and HIV/AIDS continue to cause large numbers of deaths and reinforce poverty. While they ravage societies, these diseases also increase costs and lower workforce productivity for companies, directly affecting the bottom line. The response of the international community to the HIV/AIDS pandemic has been slow and inadequate. The same can be said for most of the business community, with too many companies clinging to the mistaken belief that AIDS is not their problem.

An environment under threat
As the report notes, water scarcity, overfishing, deforestation and the loss of arable land pose daunting challenges for sustainable development. The dramatic increase in major natural disasters over the past 50 years provides worrying evidence that environmental degradation – most of it thanks to human activities – is a root cause. While progress is slow and patchy, some far-sighted business leaders, concerned about the disruption and costs to business from acute flooding, heat waves, droughts and storms, are taking action to address climate change.

The impact on business of another cluster of threats identified by the panel should also be clear: transnational organized crime and corruption, including money laundering, human trafficking and illicit trade all undermine laws, ethics and markets. By integrating all these issues into corporate risk management, companies can help the international community advance the collective security agenda, while ensuring the viability of their businesses. Some critics see business risks and threats in much narrower terms. Yet there is already something of a revolution under way in the concept of corporate risk management. And the corporate responsibility movement is increasingly being embraced by business leaders as a vehicle for risk management and good corporate governance.

The Global Compact, which I first proposed at the World Economic Forum in January 1999, today includes nearly 2,000 companies which have committed themselves to universal principles in the areas of human rights, workplace conditions, the environment and anti-corruption. They have done this not just because it is the right thing to do, but because it makes good business sense.

Recently, the chief executive officers of 20 global investment companies, representing more than $6 trillion in assets and acting under the auspices of the compact, committed themselves to a process to better integrate social and environmental factors in investment decision-making. They are convinced that in a more globalized, interconnected and competitive world, the way that environmental and social issues are managed forms part of the overall management quality that companies need to compete successfully. Companies that perform better on these issues can better manage risks, and thereby increase shareholder value.

Public good, private responsibility
The panel’s report argues that the best overall strategy for meeting threats on a global scale is government commitment to achieving the Millennium Development Goals, agreed by world leaders in 2000. But here, too, the private sector has an essential role, and there are many exciting initiatives under way on which to build:
The World Economic Forum and the Confederation of Indian Industries are leading an alliance of business, political and society leaders in India to address an emerging freshwater crisis.

The Global Business Coalition on HIV/AIDS, which includes 170 companies worldwide, is helping businesses implement proven initiatives to combat the disease in the workplace, supply chains, and in their communities.

Businesses can also play a role through their operations in conflict zones or conflict-prone countries. Their decisions – on investment and employment, on relations with local communities, on protection for local environments, on their own security arrangements – can exacerbate the tensions that fuelled conflict, or help a country turn its back on conflict. The panel recommends that the UN, its member states and the private sector work together to develop norms of good governance concerning natural resource management.

Taking an expanded view of threats and risks involves developing integrated strategies. The panel observes that, with few exceptions, international institutions and states have not organized themselves to address threats in the coherent way that the interconnectedness of these threats requires. In governments, finance ministers tend to work only with international financial institutions, development ministers only with development programmes, ministers of environment only with environmental agencies, and so on. Companies, too, tend to be organized along departmental lines, often with little integration. For business leaders to embrace broader risk management, they will have to break down internal silos in recognition of the great extent to which today’s risks and threats are connected. At the UN, we face the same challenge.

I encourage business leaders to read the report of the High-Level Panel and discuss its conclusions and recommendations with your peers, colleagues and staff. As it says: “We all share responsibility for each other’s security”. Business has a clear stake in the international effort to forge a collective security system that will deliver the bedrock of strong and vibrant global markets: a peaceful world.

Kofi Annan
Kofi Annan is secretary-general of the United Nations. He was awarded the Nobel Peace Prize in 2001.